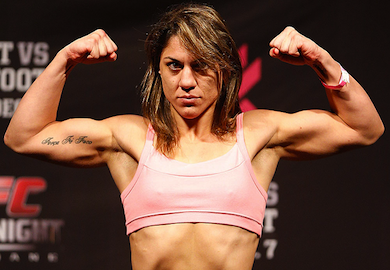 The first bout of the night opened up with some controversy, but not because of what happened inside the octagon.

Direct TV and DISH subscribers were some of the only viewers who were able to see the majority of this fight.

Regardless, these two ladies put on one hell of a show for those who were able to see it. Correia and Kedzie did not shy away from throwing dangerous strikes from the opening seconds of the fight.

Correia was victorious in her UFC debut, outstriking her opponent in the first and second rounds. Coach Greg Jackson believed Julie Kedzie was winning in he first two rounds, so that explain her clam and non-rushed demeanor throughout the fight.