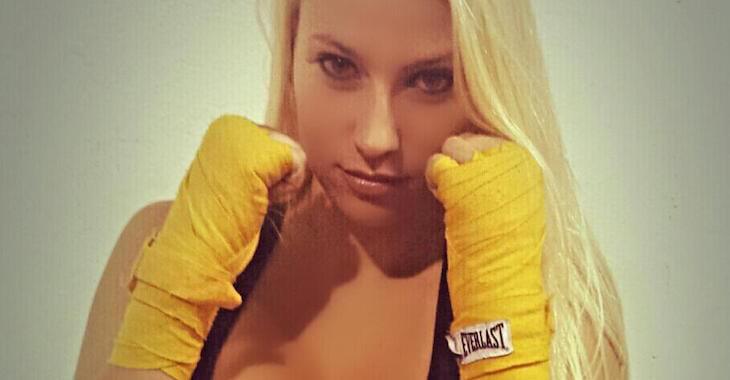 Brye Anne Russillo will fight on Oct. 3 at Aggressive Combat Championships. She will be battling for the 150 pound title. She goes into the fight with a 1-1 record, hoping to make it 2-1.

Russillo, a pastry chef, recently spoke with mymmanews.com about her upcoming fight, why she started competing and about the negotiations she had to go through to agree on a weight class with her opponent.

Russillo said, “I can’t cut my tits off and put them on the side, they weigh 12 pounds,” while explaining how she went back and forth with her opponent on what weight they should fight at. Her opponent usually fights at 145, while Russillo competes at 155.

They finally agreed on 150, but Russillo mentioned that she plans on making the drop to 135 for her next fight.

You can read the full piece on Russillo right HERE.