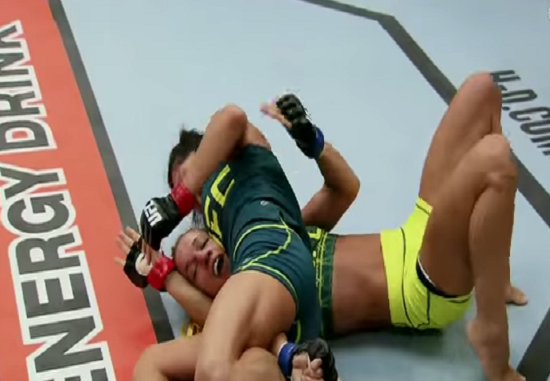 On this week’s episode of The Ultimate Fighter, Felice Herrig lost via keylock armbar to Randa Markos in the first round (See highlights HERE).

The majority of the episode however, dealt with the bitter feud between Herrig and Markos. Whereas most feuds are settled after the bout, fellow Team Pettis fighter Carla Esparza called out Markos shortly after the bout.

Herrig released a statement on her Facebook regarding the episode, fight, and feud.