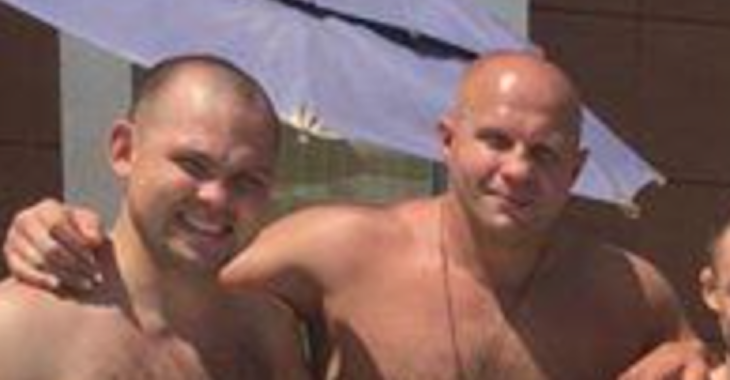 Fedor Emelianenko still has the MMA world waiting to see where he’ll end up, and then of course who he’ll fight upon his return to the sport.

There has been lots of talk about him ‘negotiating’ with the UFC, but we know it didn’t work out last time they tried to sign him so it might not be a god idea to get your hopes up.

What we do keep getting in the meantime are pictures of Fedor ahead of his MMA return. Like this one, where he’s hanging out with UFC fighter Ali Bagautinov.