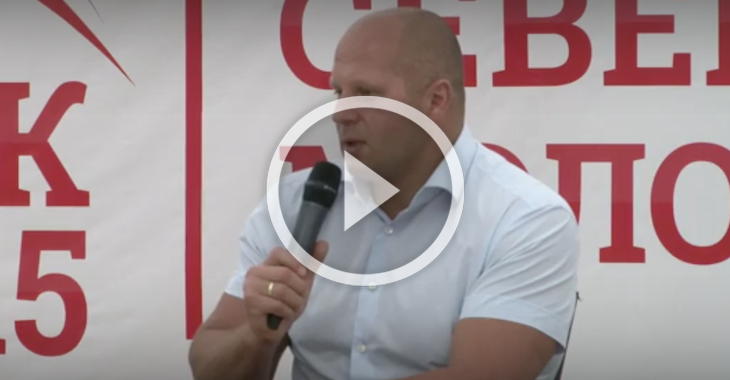 “Now this is being negotiated, in particular with the UFC, as well as some other promotions. I think it will soon be finally determined. As for the opponent, I would say that desire must comply opportunities. I would like to face the strongest fighters in the world – UFC champion Fabricio Werdum. Given that over three years, I did not fight during the first fight I would like to get involved, check for myself.

“So now I’ll regain my shape after returning from “Mashuk” [youth forum] and will then begin a scheduled training camp.”