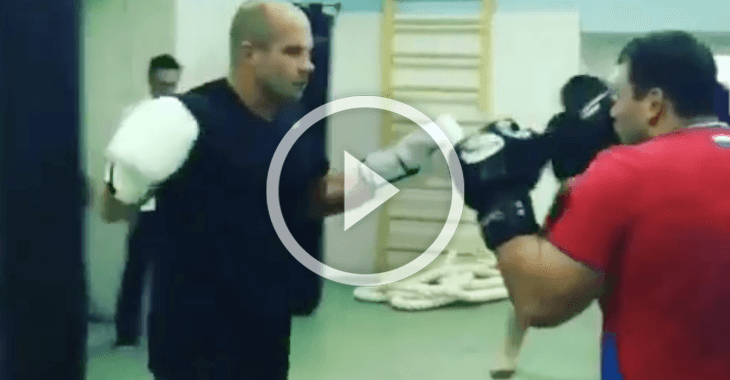 Here’s a side of Fedor we don’t normally see. Usually it’s just a stoic face looking emotionless and calm no matter what’s going on around him.

Is it just me, or does Fedor seem more lively in his return to MMA? He’s smiling more, he’s doing interviews in english and making jokes and now we see him sparring in the gym and messing around with his partner.

Watch as he throws some wind-up punches and does some funny stances, antagonizing his partner to throw a punch.

Are you excited to see Fedor return on the New Years Eve card, airing on Spike TV, or are you just bummed he won’t be in the UFC?