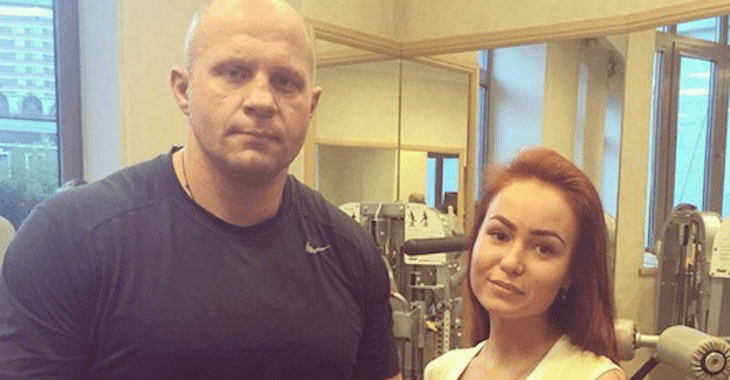 Even though he hasn’t stepped foot in a ring since June 2012, Fedor Emelianenko still remains to be one of the most popular fighters in the world today. The legend cemented his legacy as one of the best heavyweights in the sport when he dominated the competition in PRIDE Fighting Championship before making his transition to American soil with Strikeforce.

“The Last Emperor” impressed in his win against Brett Rogers, but fans started to think his better years were behind him when he suffered three consecutive losses to Fabricio Werdum, Antonio “Bigfoot” Silva and Dan Henderson. While the list of names IS impressive, it was difficult for many diehard fans to watch the legend lose.

He got back to his winning ways after the collapse of Strikeforce when he fought Jeff Monson in Russia. Emelianenko would then retire after defeating Pedro Rizzo.

Now, Emelianenko is making his way back to action and he is looking to be in AMAZING shape. The heavyweight icon announced his return earlier this year and has yet to reveal which promotion he will be fighting for. Check out this recent image of him with a redhead at the gym looking SWOLE! Shoutout to touch of The UG for supplying the image: