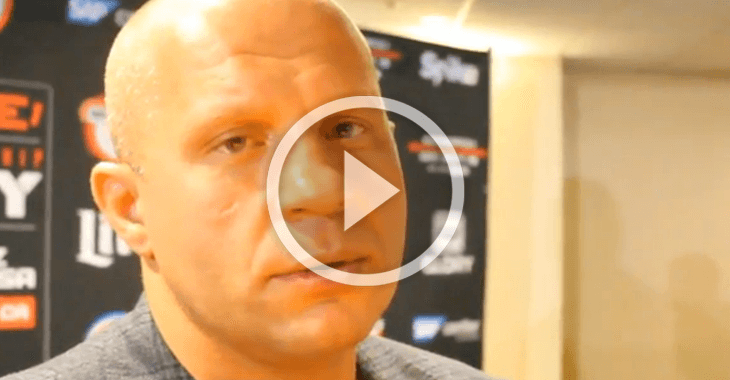 Fedor Emelianenko, the man, the myth, the legend, was in attendance at Bellator MMA’s ‘Dynamite’ media day.

‘The Last Emperor’ was there as a guest and a part of the Fan Fest, along with other legends like Randy Couture, Royce Gracie, Frank Shamrock and Sakuraba. Fedor talked to the media, including BJPENN.COM’s Layzie The Savage, who asked Fedor about all the biggest topics in MMA.

With just a little help from his friend, Fedor was able to answer all the questions and spoke some pretty impressive english.

Fedor insisted he’s just there as a guest and a friend of president Scott Coker. Coker has said several times that there haven’t been any talks with him about joining Bellator, but still, you never know.

The legend also talked about his favorite fighter, his thoughts on WMMA and Ronda Rousey, and gave his opinion on Floyd Mayweather.

You don’t’ want to miss this interview, check it out below!