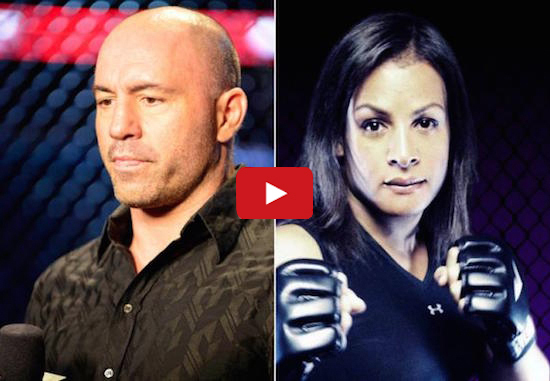 Transgendered MMA Fighter, Fallon FOX has gone from the defensive, to the offensive, with this well put-together video outlining why she’s due a public apology from Joe Rogan.

She further stated her case on Bloodyelbow.com:

Since I’ve come out, Joe Rogan continues to spread incorrect information on transgender athletes. Much of this goes against the consensus of the medical community and the commissions that license me to fight. I see no end to this from him in sight. In one of his more recent podcast he said, “But the big difference is the mechanical advantage of the male frame. You don’t find a female with super wide shoulders, narrow waist and the same size hips and the same shape hips as a man and when you have that kind of body you can just generate more force.” I still haven’t heard what this claim is based on other than his bias and guessing. How does that work exactly? If it were such a thing I would get licensed.

He has influence with MMA fans. So, I am forced to focus on Rogan and his arguments now, and will continue to do so for several weeks – or as long as it takes. Like I said, I shouldn’t have to do this. But, I feel compelled to do so in order to try to stop this nonsense if I am to attempt to fight in the future for the promotion for which he is a commentator.

It’s been a while now since I’ve come out. My mind needed some time to acclimate to all of this which has made my MMA game a lot tighter lately. And fighting back politically makes me feel even better. It’s tragic really for Joe Rogan and those people who side with him. All of this ‘being corrected’ can just be avoided by him apologizing and correcting the misinformation. That would really make my day.