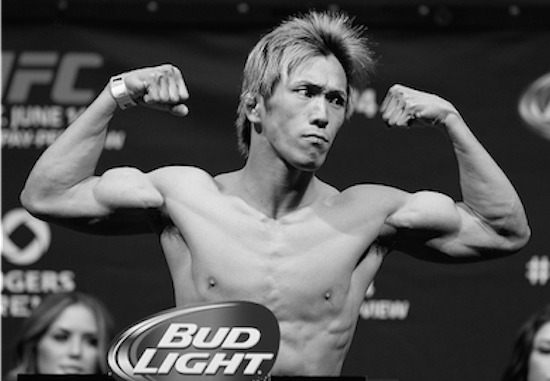 UFC officials released the following statement regarding the matter:

At UFC Fight Night: Hunt vs. Nelson on September 20 in Saitama, Japan, UFC contracted with an independent drug testing laboratory to perform testing on all fighters on the card.

UFC bantamweight Michinori Tanaka tested positive for ephedrine and pseudoephedrine based on a pre-fight urine test administered prior to the event. Ephedrine and pseudoephedrine are stimulants banned in athletic competition pursuant to the World Anti-Doping Agency (WADA) code. Based on such results, UFC officials decided that Tanaka had violated his promotional agreement and the UFC Fighter Conduct Policy. Accepting the accuracy of the test result, Tanaka has admitted to taking over-the-counter allergy medication prior to the fight, likely causing the positive result, and acknowledges the illegal substances were in his system. Consequently, Tanaka agreed to a nine-month suspension from unarmed combat competition. He must pass a drug test at the conclusion of his suspension in order to return to competition. Tanaka will also forfeit his Fight of the Night bonus he earned at the event.

The UFC organization has always been a leader when it comes to testing for performance-enhancing drugs in combat sports. All UFC athletes know they are subject to drug testing by an applicable state athletic commission, an international governing federation, or by an independent laboratory contracted by the UFC when no regulatory body is overseeing the event. In those cases where regulatory oversight is unavailable, UFC voluntarily chooses to adhere to the highest level of athlete health and safety protocols similar to if the event were being held in the state of Nevada.