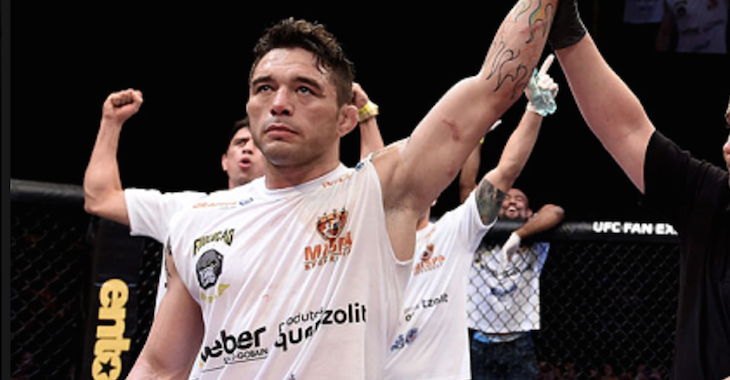 Bad news for Brazilian fighter Rony Jason. The UFC fighter tested positive for hydrochlorothiazide, which is a banned diuretic.

This comes from the Brazilian Athletic Commission, who released a stament saying that all fighters on the UFC Fight Night 67 were tested and only Jason’s came back positive. He will be suspended for nine months and his win will now become a no-contest.

Jason beat Damon Jackson with a triangle choke in the first round, which earned him a performance of the night bonus. Chances are good that extra $50K will not be going to Jason now.