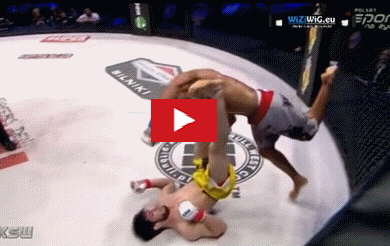 Ever since Anthony Pettis performed his legendary ‘Showtime Kick’ on Benson Henderson in the third round of their WEC title fight, many have been trying to replicate the kick. Jose Aldo began doing the ‘Showtime Punch’, throwing a superman punch off the cage, and kids even began doing it on their siblings (See it HERE)

The attempts don’t always go as planned however, and with that we are left with hilarious fails.

Such as this one: