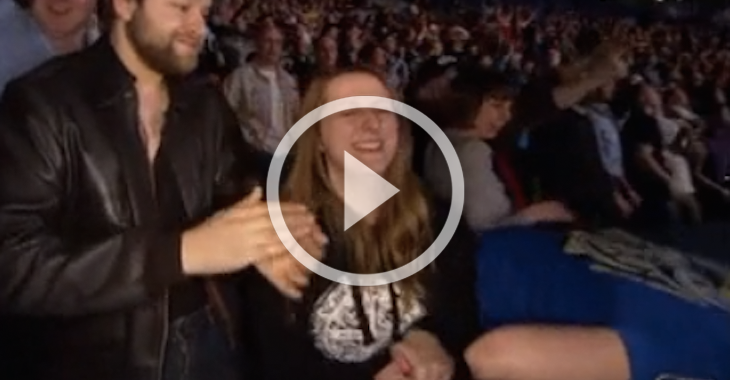 UFC Fight Night 64 aired this past weekend and it was headlined by a mauling of Gabriel Gonzaga at the hands of Mirko Cro Cop.

After the main event concluded, an excited fan tried to make his way toward the camera to celebrate Cro Cop’s come from behind victory. What happened, instead, was almost one of the most embarrassing moments of his life. He DID play it off pretty smooth, though.