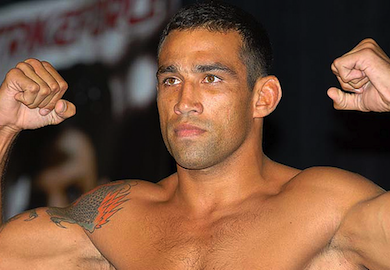 Fabricio Werdum is gearing up for his UFC 180 fight against Cain Velasquez on November 15th after coaching TUF Brazil.

Werdum spoke to Ag.Fight about the bout, and how he sees his JiuJitsu skills coming into play.

“I can see myself taking him down and putting him in danger while he plays guard or gives his back when standing up. I can be on top of him by taking him down, reversing or getting his back, all these hypotheses are possible. He’s the favorite, he has a very tough game and he’s hard to beat, but it’s better for me to not even fight if I don’t believe in myself. I’m sure that I’ll have a great performance.”

“I’ve always been the underdog, so this motivates me a lot. I’m going to be very well trained and will havie no excuse for not being prepared or 100%. I’m very focused on bringing this belt back to Brazil. I’m preparing physically and technically to bring my game to him and not allow the opposite to happen.”

Werdum has been on a big win streak lately that goes back to 2011. Most recently he defeated Travis Browne via unanimous decision in April to extend his win streak to 4.