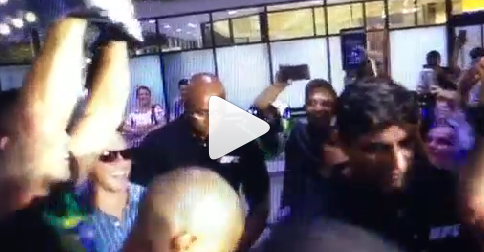 Fabricio Werdum returned to Brazil to promote an upcoming UFC card with his UFC championship in hand. Upon arriving, Werdum was greeted with a hero’s welcome of fans, music, and even a fire truck with a banner of Werdum on it.