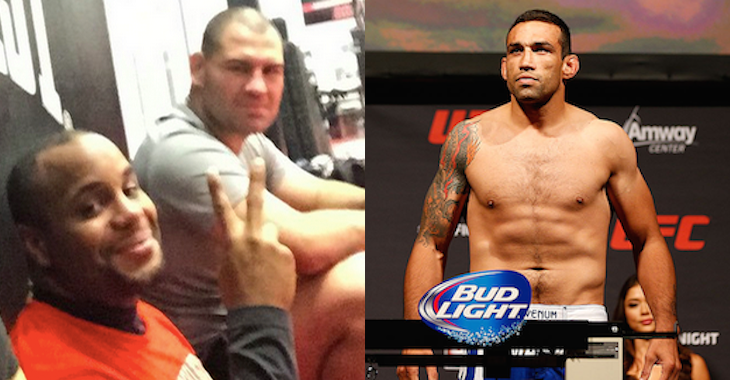 Rumors can be contagious like a virus, some rumors spread without effort and take a life of it’s own.  One rumor that surfaced from the depths of the forums and MMA circles is that Champion Fabricio Werdum will be retiring at some unknown date once he captured the title .

This rumor may have had some truth to it, but once Werdum got a taste of UFC gold the champ has now shifted his goals and a interview with Sherdog.com shares his view, – Werdum denied any new rumors that his career is coming to a close.

“Now that I’m getting rich, why would I retire?   No way! I want to make history” Werdum told Sherdog.com. “I want to be considered the best heavyweight fighter in history by the fans. I started beating Fedor Emelianenko, Mark Hunt, Velasquez –  a long list. I was always considered the underdog. So, now I think I’m starting a new phase in my career where I’m not the underdog anymore.” Werdum said

With a championship belt secured  a 7 figure, 8 fight contract signed off on this month, there should be zero rumor that that the champ will be retiring anytime soon.

Will Cain Velasquez reclaim the title or will “Vai Cavalo” be victorious again?