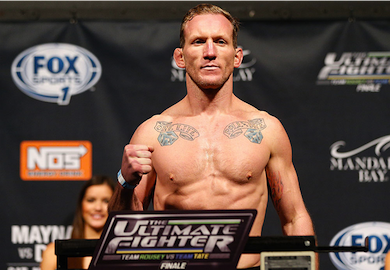 UFC officials announced today that a lightweight bout between Gray “The Bully” Maynard and Fabricio Camoes is the latest addition to August’s UFC 176 event in Los Angeles.

Gray Maynard (11-3-1 MMA, 9-3-1 UFC) is coming off back-to-back first-round TKO losses which he suffered to opponents Nate Diaz and TJ Grant respectively. The former two-time lightweight title challenger will be searching for his first win since June of 2012, when he defeated Clay Guida via split-decision.

Meanwhile, Fabricio Camoes’ (14-8-1 MMA, 1-3-1 UFC) most recent effort saw him suffer a first-round submission loss to Jim Miller at December’s UFC 168 event in Las Vegas. Prior to that, Camoes was defeated by Melvin Guillard via unanimous decision at UFC 148 in July of 2012.

Stay tuned to BJPENN.com for all your UFC News.