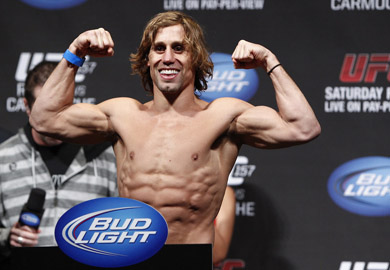 “I would love to have that fight, people have asked me which fights I want. If we can make it happen let’s do it, if not I’m ready for whoever they say. I feel like fighting is so mental. As long as [Cruz] looks into himself he will bring his best performance, but I plan on being better.”

While on press tour in Australia, former WEC champion, Urijah Faber, took the time to call-out an old foe in Dominick Cruz, while doing an interview with, local sports blog, ROAR.

The duo twice faced-off inside the cage, splitting wins amongst each other. But is a third scrap in the cards?

Let us know if you want a Cruz vs. Faber III.