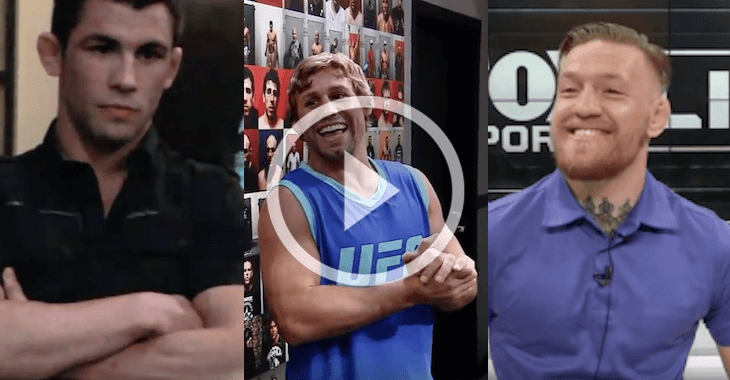 The current season of The Ultimate Fighter seems to be a pretty big hit amongst fans. The fights have been pretty entertaining so far and the coaches, Conor McGregor and Urijah Faber have brought a whole new level of entertainment with their back and forth banter.

If you ask viewers, it would probably be the interaction between coaches that has been their favorite so far.

This isn’t Faber’s first rodeo on the show. He was a coach opposite of his rival Dominick Cruz, back on the Live season.

Faber and Cruz’s back and forth was a little unusual at times, with Cruz not being known for his great trash talk. However, the two did have some pretty heated exchanges during several interviews they did together, like the one below.

So, check out both the clips and decide which war of the words you enjoyed better!