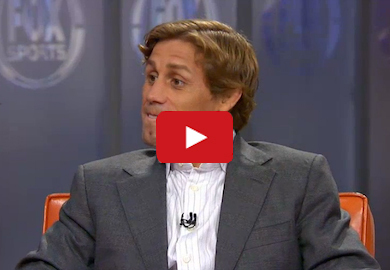 Urijah Faber has faced off with two of Brazil’s best fighters in Jose Aldo and Renan Barao.

With his Team Alpha Male guys always competing for the same space as the Brazilian team, the two have formed a healthy rivalry.

Faber on the rivalry with Nova Uniao: “We’ve got two camps that are two of the best in the world. I’ve got nothing but respect for those guys. It’s a real rivalry now. I’ve lost to Aldo and I’ve lost to Barao. Now we’ve got a belt and they have a belt.”

Faber on fighting Alex Caceres: “He’s a big guy and on a five-fight win streak. I’ve got my hands full. I’m taking this guy very seriously and I’m training like it’s a world championship fight.”