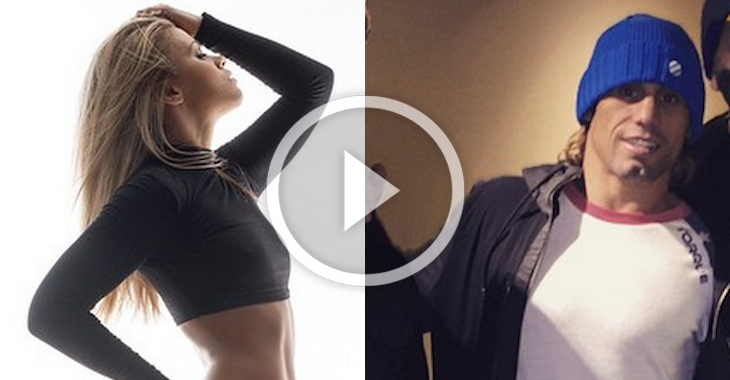 Remember when UFC strawweight sensation Paige VanZant’s former coach went on his Facebook and wrote a scathing message about how she didn’t mention his gym in an interview? Well if not, read it here.

During the episode the ordeal with VanZant’s ex-coach came up and Faber decided to give his thoughts on the situation.

“Here’s the deal: haters bro. Are you kidding me, poor Paige. She’s dealing with this guy.”

Faber went on to explain the situation where VanZant left TAM for a brief amount of time because of an injury and ended up training at her old gym. Because of that situation Faber thinks the former coach took got things a little twisted.

“So who knows what her crazy coach guy, who was was having her wear his clothing line, which was like Blood Happens or whatever it is. He’s like a bent out of shape and saying like ‘she doesn’t get along with Urijah’ and whatever the deal is. It’s like dude, get a life bro.”

What do you guys think about the situation? Should VanZant have to give credit to this guys gym or is he just being a whiner?