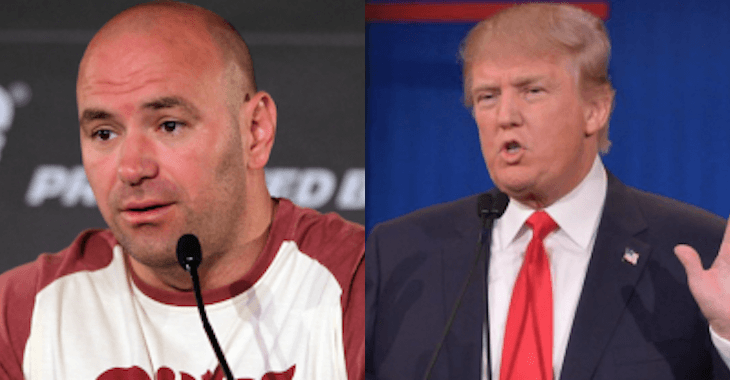 Team Alpha Male’s Urijah Faber recently appeared on ‘The Jay and Dan Podcast.‘ The FOX Sports 1 hosts talked to Faber about all sorts of things, including a crazy street fight story and his childhood.

Another topic that came up was Faber’s relationship with UFC president Dana White.

Faber said that White is awesome and he appreciates the guy for saying whatever he wants when he wants. He even compared him to Donald Trump.

‘The California Kid’ did explain a situation where things were a little shaky between them, but overall, he’s got nothing bad to say about White.

Do you appreciate White’s bluntness or is it too much sometimes?