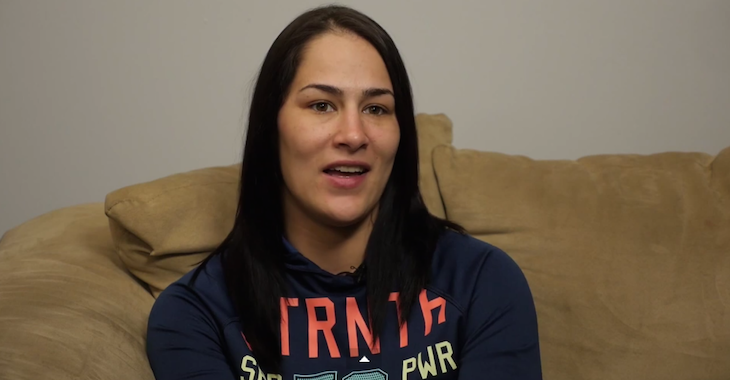 “Listen, I am 100 percent sold on the fact that this sport, as a female, I don’t ever want to do it without the men. I don’t ever want the men to feel like we’re in competition with them. It’s kind of a hard situation when you ask those pound for pounds.”

“I can train with them and compete with them but no, man. hey’re men. Come on. Let’s not screw up what we know already. Men have testosterone. I go with these 125ers and these guys are fast. If they really wanted to put it on me, they would put it on us. I think they are kind of losing sight of what we already know and that’s that they’re men.

“They have testosterone. We’re women. We have estrogen. There’s that difference. If guys want to put it on us and beat us up they can. Come on now. Who we kidding?”