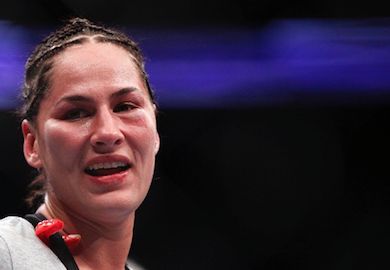 “I’m continuously trying to clear the air for you guys, but there are some things on my end that I don’t end up saying for anybody to use against me, but there were some mistakes that I made on my behalf that I didn’t give enough knowledge ahead of time. This is the first time I’ve ever fought in a different state besides Ohio and New Jersey, which are the two toughest States when it comes to commissions. It was just a mistake I made on my behalf and I am going to continue to push forward and just not let anything like this ever happen again or never leave any type of allegations to be put out there about me.”

“It was just about putting things down that were suppose to be properly done. I didn’t do that properly. This was my first UFC fight, there was a lot of things going on. That was the first time I ever fought in a different state. I fought in Atlantic City and Ohio and I thought I always did things properly and, you know what, it was a mistake on my behalf and I’m going to continue to fix it. I can’t help what allegations people want to bring up, all I know is what I do on my end, and what I’m not doing, too. So, I’m just going to continue on.”

When asked if Marijuana was indeed the culprit behind her failed test she vaguely responded:

“I’m not doing anything to try and hurt anybody, but I’m also not doing anything to not hurt myself. But, I can let you know that I have passed any pre-fight testing that I should and, yet again, got results back for that and I’ve continued on to do the right things and I have obtained my Las Vegas license and I’m ready to fight in two weeks. So, there is nothing that I can do at this point other than not make mistakes again and continue moving forward.”

In a recent interview with ‘The MMA Hour‘ UFC bantamweight fighter, Jessica Eye, took the defensive stance when asked about her failed drug test.

Do you buy her excuse?