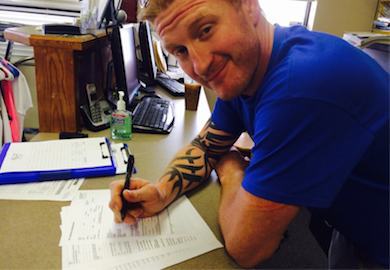 The perennial middleweight took to twitter with the news:

Inking my new 4 fight deal with the #ufc 8 great years ready for at least a couple more ! https://t.co/5MPDHYC2UL