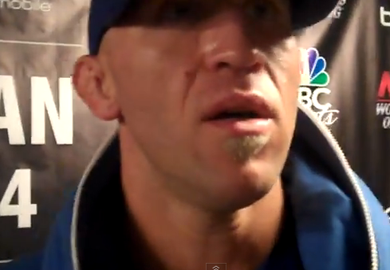 At the third World Series of Fighting event on June 14, welterweight fighter Josh Burkman choked out Jon Fitch in their highly anticipated rematch fight. After regaining consciousness, Fitch left the cage in what appeared to be a moment of passion, but he returned to hear the official decision be read and to answer some questions in a post-fight interview.

BJPenn.com’s Christopher Murphy spoke with Burkman after his victory and talked about the win and about Jon Fitch’s departure from the cage before the official decision could be announced.