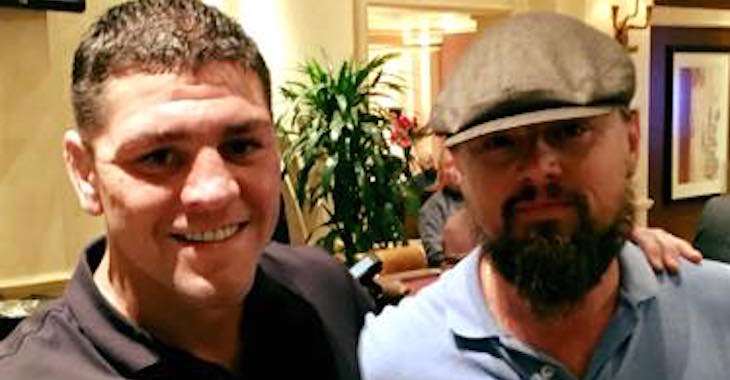 It looks as if Nick Diaz is a big fan of Leonardo DiCaprio, who recently won the Golden Globe Award for best actor in his work done in The Revenant. Diaz reposted an older photo with DiCaprio at a high rollers casino card table with the caption reading, “Can’t wait to see this new movie #leonardodicaprio”

The Revenant, DiCaprio’s latest film was released on Friday and came in at number 2 in the box office behind the new Star Wars film.

Diaz didn’t show his bad boy persona in the photo with DiCaprio, instead putting on a big smile. Another reason Diaz could be smiling is that the NSAC reportedly lowered his fine and suspension! Great news for Diaz fans, and it seems like the stars are aligning right now for Nick Diaz.

Who would you want to see Nick Diaz matched up in his comeback fight? Let us know your ideal fight in the comments!