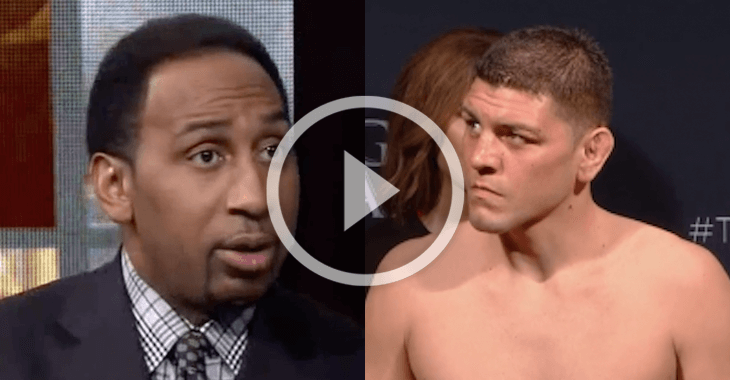 The Nick Diaz suspension news has made its way to ESPN and hosts of ‘First Take’, Stephen A Smith and Skip Bayless, spent some time discussing it.

They talked about how Ronda Rousey spoke up for Diaz and said they should’t even be testing for marijuana and then went on about how the only thing that matters is that Diaz broke the rules and did something he knew he wasn’t allowed to do.

Not sure if they knew about the three tests and that only one came back positive with crazy numbers that don’t even make sense, but hey, I’m sure they did.

Check it out and see what you think!