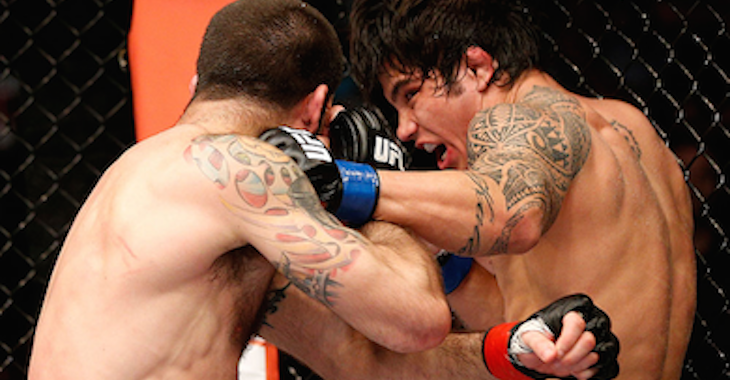 “There was no fight, basically. Demian completely dominated him. But that doesn’t mean we can say Magny has a weak ground game. Demain has a high level ground game, and he did the strategy that worked better for him, and I will do what works for me.

“I’m a black belt in jiu-jitsu and muay thai, and I believe I have a lot of opportunities standing and on the ground. I have heavy hands, too. I haven’t seen Magny fight someone as tough as me or with hands as heavy as mine.”

He was scheduled to fight Rick Story, but he was forced out with an injury. Magny is jumping in after suffering a tough loss to Demian Maia at UFC 190. Silva believes he was dominated in that fight, and also thinks he brings things to the table that Magny has never faced before, he told MMAFighting.