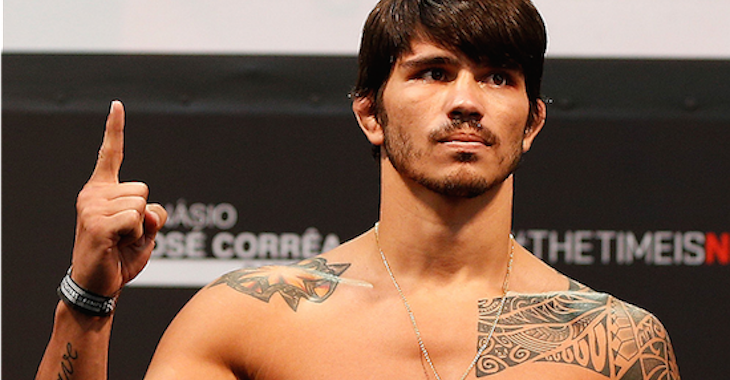 “I’m always fighting to get to the top of the division and (Story is) ahead of me, so for sure he’s still in my head. For sure I still need to face him and it’s like I’ve been saying: I want to be the top 10 of the weight class, then go to the No. 5 then go fight the champion. That’s my plan.”

UFC welterweight Erick Silva is fighting Neil Magny on Sunday at UFC Fight Night. He was scheduled to fight Rick Story, who then had to pull out due to injury.

Silva told MMAJunkie that after Sunday’s fight he still wants to fight Story because he’s ‘on his mind’.

Do you think Silva should focus on the task at hand before thinking about fighting Story?