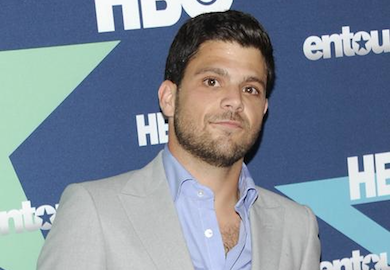 “You know what? This has happened a couple of times. Years ago we had Tom Brady on the show and he was very good. And now we have Ronda on the show, and Ronda was very good. So, what happens to me is we get these cameos of athletes who are very, very good at what they do and they became famous for that reason, and when they come to work on the show, in my mind I’m saying, ‘well, alright, at least I know I’m a better actor.’

“And then Ronda comes on and kills it, so I’m like wow — you can beat me up, and you can possibly out act me? What are we going to play, chess? I’ve got to beat you at something.”

In a recent interview with ‘The MMA Hour’, Entourage Star Jerry Ferrara (pictured) discussed the skills of UFC bantamweight champion Ronda Rousey outside the cage.