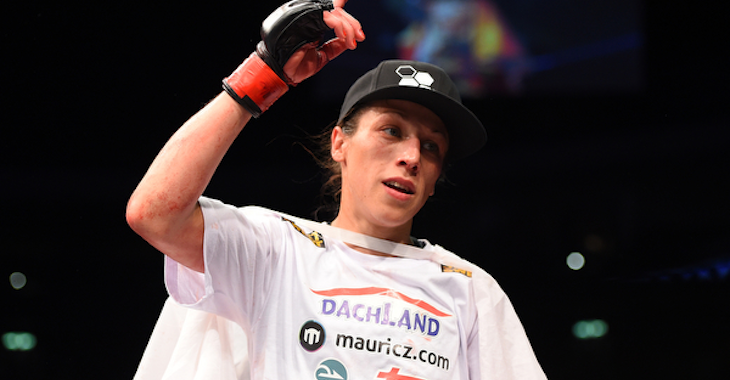 Joanna Jedrzejczyk is on the fast-path to superstardom in the Ultimate Fighting Championship. “UFC Fight Night 69” proved to the naysayers that she is worthy of holding UFC gold after she decimated Jessica Penne, forcing a stoppage in the third round.

Jedrzejczyk performance received praise from UFC fighters across the board, but most notably UFC Bantamweight Champion Ronda Rousey and President Dana White.

White also went out of his way to give Jedrzejczyk a phone call after her fight, which brought the champion to tears. “Five minutes ago I was crying in the restroom because Dana called me and I just imagined how important this year was for me,” Jedrzejczyk told MMAJunkie. “I’m just very happy.”