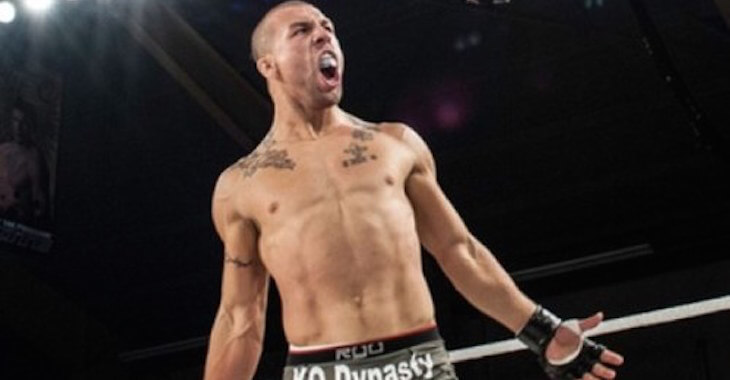 Mutapcic, a middleweight fighter who holds wins over UFC fighters Sam Alvey, Cezar Ferreira and Zak Cummings, spoke with BJPENN.COM and said that he’s looking to get his shot in the UFC so he can prove himself amongst the best fighters in the world, something he feels more than ready to do. So for Mutapcic, it really isn’t about the money, something he says he could make a good amount of in a different organization, and has.

Mutapcic is currently on a two fight win streak, with a win over Kelvin Tiller in the World Series of Fighting and in his most recent, a submission finish over Sean Huffman at MCC 59 back in June. In fact, he’s 12-2 in his last fourteen fights and has an overall record of 15-3. He holds 7 submission finishes and five TKO/KO finishes.

To try and describe Mutapcic’s style would be silly, when it sounds so much better when he describes it.

“I’m one of those guys who’s willing to take a punch to give a punch.”

Mutapcic admits that he wasn’t really thrilled with his fights in the WSOF, where he went 1-1, dropping a decision to former TUF cast member Jesse Taylor.

“When I fought for World Series, I kind of noticed that I was playing it a little safe and had a couple of un-exciting fights, not un-exciting, but not as exciting as I’m used to. Now I’m back to being the aggressor and fighting the way I’m used to, just being a dominant fighter. I’m always pushing forward…”

Mutapcic says he’s ready to make a run in the UFC and is hoping the opportunity presents its self sooner rather than later. At 29 years old he knows he’s not getting any younger, but believes he’s in the prime of his career now and has plenty of time to make a real impact in the top MMA promotion.