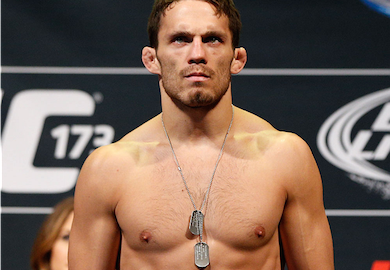 Jake Ellenberger is gearing up for his UFC 180 bout against Kelvin Gastellum in November. To get ready for the bout, ‘The Juggernaut’ has enlisted the help of none other than Edmond Tarverdyan, the mastermind behind the evolution of UFC women’s bantamweight champion Ronda Rousey.

Ellenberger isn’t just training at the gym, he also rented an apartment nearby, because the commute from his home in Mission Viejo was too far.

He spoke to MMAJunkie Radio about the switch in camps, saying:

“It’s much easier to stay up here around where I’m training. It’s all I need.”

“Honestly, Edmund’s one of the smartest guys I’ve ever met. In my humble opinion, he’s probably the best coach I’ve had, and that’s in any sport I’ve ever competed in.”

“Obviously, people have seen his success with Ronda and they talk about the way she’s worked with him, but (I’ve seen it) the more I’ve worked with him and seen the passion he has for strategy. People always like to point fingers when you fail, but at the end of the day, when you fail, it’s nobody’s fault but your own.”

“But Edmund’s been amazing. I’ve really gotten a chance to develop more with concepts. I’ve fought for nine years, and there are things that I’ve never even seen before. It’s just simple things, keeping it simple. He’s brilliant. He’s a phenomenal coach.”