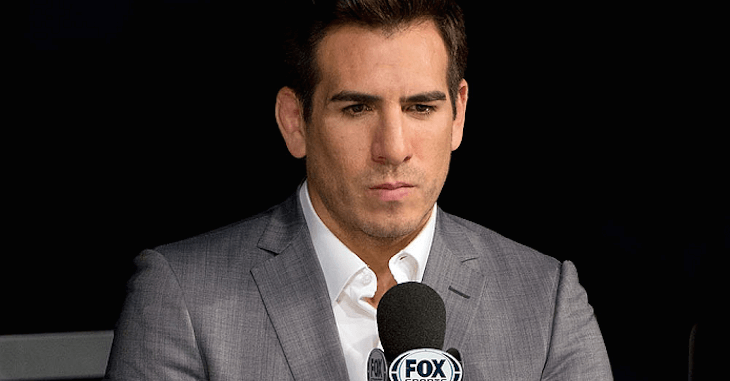 Based on information gathered from some of the greatest fighters of all time, stepping into the octagon can be one of the most nerve-wracking parts of the sport. Chael Sonnen said it best when he stated he felt a wave of “relief” wash over him after a fight concludes.

The second toughest job on fight night? Calling the action. You have the responsibility of not only calling the action right down the middle, but you have to keep hundreds and thousands of viewers at home entertained! Making sure there isn’t too much dead air or constant talking about the something other than the fight can be a difficult task, but UFC on FOX analyst Kenny Florian is under fire for something different.

UFC’s Beneil Dariush was on the benefiting end of a controversial decision after his fight with Michael Johnson earlier this year. Many around the world and those in attendance believed Johnson should have had his hand raised in victory, but the judges awarded the decision to Dariush instead.

After watching the fight on mute, Dariush came to the conclusion that it was possible that Florian was favoring Johnson.

“Going back to the commentating, I think it had to do a lot with the way the commentators were speaking,” Dariush told GNP1.de. “And I think the way they judged the fight, everybody else kind of judged it. I’m not blaming the commentators, but I think they do have some ties to Michael Johnson, so it’s possible they were favoring him from the beginning. That’s why their judging went in that direction.”

Who do you think truely won the fight at “UFC Fight Night: Teixeira vs. Saint Preux”? Share your pick in the comment section below!