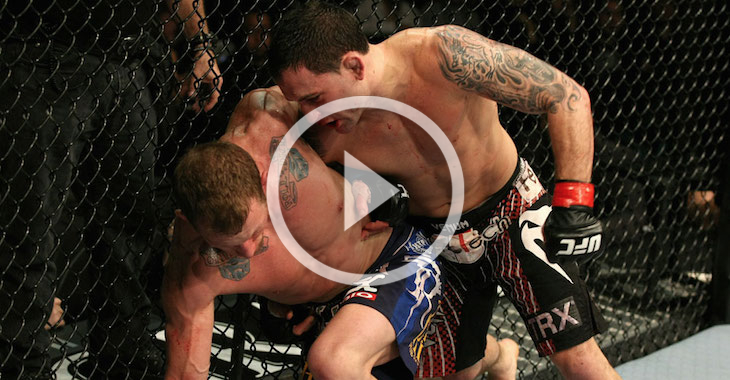 UFC featherweight contender Frankie Edgar takes us inside his training sessions as he prepares for his fight against Urijah Faber.

Despite taking different paths to this fight, Frankie Edgar actually believes he and Faber have a lot in common. “I think me and him are pretty similar, actually. We come from a wrestling background, we’re willing to throw on the feet. I think he’s maybe a little more savvy with the submissions, or at least has more submissions than I do. But you see me coming out with some submissions myself. So we are kind of similar in a lot of ways,” Edgar stated.

However, Edgar thinks he has what it takes to get through Faber to earn himself another shot at the UFC Featherweight gold. “I do believe I take care of business on May 16, and I’m the guy that will fight the winner of Aldo and McGregor.”