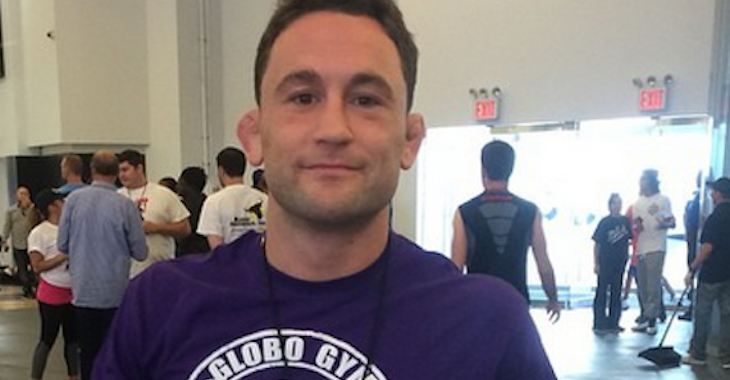 For the first time in years, the future of the featherweight division is up in the air. A weight class once dominated by Jose Aldo now has another champion in the form of interim-king Conor McGregor. McGregor, bitter that Aldo had to pull out of the fight, believes that the champion is an afterthought and is eyeing his next opponent.

Frankie Edgar was in attendance at “UFC 189” and watched Mendes fall to McGregor in the second round. After the fight, McGregor and Edgar exchanged pleasantries.

“I think it was going [Chad Mendes’] way. He was able to get takedowns,” Edgar stated in a backstage interview with UFC after the event. “Credit to Conor, he was able to stay composed and get back to his feet. Chad seemed to slow down, get tired. Taking a fight on short notice like that and Conor capitalized.”

When asked of McGregor’s ground game, Edgar didn’t seem too impressed. “It wasn’t flashy or anything. He was able to, I guess, keep Chad at bay. [Conor McGregor] was eating some big shots. I was just impressed when he did get back to his feet he was composed.”

Mendes seemed to slow down during the bout and Edgar believes that’s where he can capitalize on the champ’s shortcomings. “I move a little more than Chad. I think my takedowns are there, like his. I feel like I’ve got good ground and pound. I don’t really slow down too much.”

Who do you think will win the bout if it takes place? Share your thoughts in the comment section below!