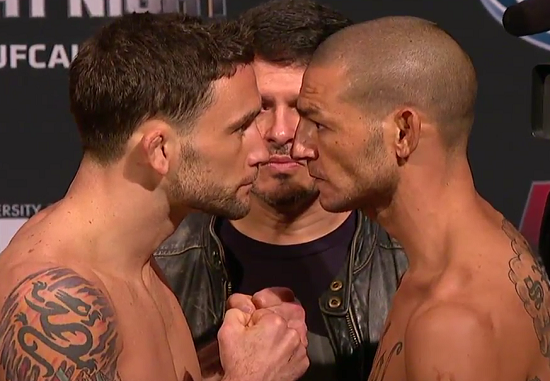 Frankie Edgar is currently gearing up for his UFC Fight Night 57 bout against Cub Swanson tonight in Austin Texas.

Leading up to the bout, Cub Swanson has been promised a title shot from the UFC if he is able to defeat Edgar, something Edgar wants to take from him.

He spoke to MMAJunkie Radio.

“Cub’s the perfect opponent to show where I’m at right now. If people are doubting me, they’re wrong. I feel like I’m getting better as my career goes on. I’m confident in my skills. I’m more confident than I’ve ever been.”

“I feel pretty good, man. I’d say based on being in the sport as long I have and learning to train better and smarter, I feel younger than when I first got in.”

What do you think PENNation? Will Frankie Edgar be able to pull off the win and potentially secure himself another shot at Jose Aldo?