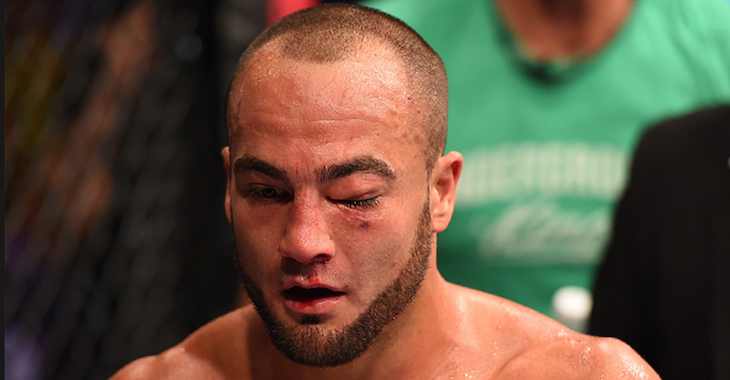 “I didn’t know where he was. I didn’t know if he was three foot from me, five foot from me or a foot away from me. I think I threw a check hook at some point and the guy was nowhere near me and I kind of laughed to myself during the fight. My range was way off, because I couldn’t see out of my back eye.”

“In my own head, I was panicking and getting a little nervous, because I just couldn’t see,” Alvarez said. “He kept me not thinking too much and pushed me back out there and told me to keep going, that I’m ready for whatever. I owe it to him that I was able to stick in there and stay with it.”

UFC lightweight and former Bellator champion Eddie Alvarez suffered serious injuries to his eye and face during his win over Gilbert Melendez. While talking to The MMA Hour, Alvarez confirmed that he actually couldn’t see very well during the fight but he thinks that actually made him more dangerous.