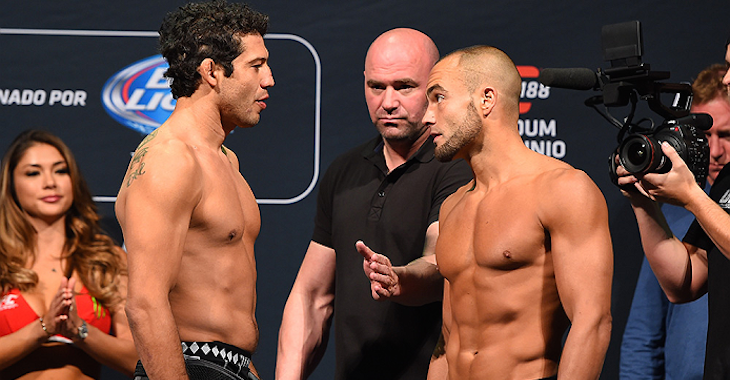 News broke yesterday that Melendez had failed a drug test for UFC 188 and of course Alvarez had plenty to say on the matter.

Alvarez took to Twitter and posted several tweets commenting on the situation, mostly saying he will never test positive for anything, but did refrain from slamming his past opponent.

I never judge anyone fro doing anything . not taking PED's has been a personal Descision for Me . Everyone does shit differently .

I been blessed, I never felt the need to take anything , but we are in a tough sport highly competitive , I understand why guys do stuff

One a thing is for sure , You will never see a positive test on my end , i barley like protein powder !!

During camp I took (vitamin store brand ) multi vit , fish oil , and a Nubreed preworkout drink I like , coffee in the am and again at 5 pm