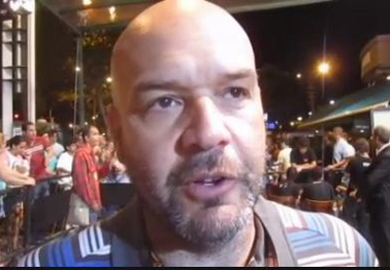 “Chris Weidman, I saw him in Chicago last Saturday and he was driving me crazy! He kept asking me, ‘Hey, let’s make that fight happen!’ He’s very confident and he’s a good fighter and we’ll see what happens. At the end of the day, we don’t pick our opponents. A lot of times people want to say, ‘Oh Ed, you picked that!’ People ask for my opinion and I give my opinion. Chris Weidman? If he’s next, the UFC will make that fight happen. Hopefully, we’ll see him in Brazil.”