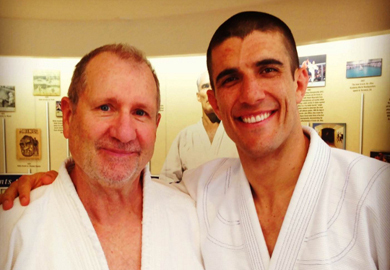 “I began studying Gracie Jiu Jitsu over 20 years ago,” says O’Neill. “I was actually very hesitant to start, but a 10-minute session with Rorion Gracie was enough to get me hooked. For me, studying jiu jitsu has been an amazing experience. In a way it’s given me a second family. I am honored to serve as a commentator on the Metamoris II card with Rener.”

O’Neill first rose to fame through his role as Al Bundy on Married with Children. He has starred in several television productions including Dragnet, The West Wing, and John From Cincinnati. He currently plays the role of Jay Pritchett on the hit comedy Modern Family.

A longtime athlete, O’Neill played linebacker in college at Ohio State and Youngstown State University. He was briefly signed with the Pittsburgh Steelers where, according to O’Neill, “I stayed for about a minute.” Working as an actor in Hollywood, O’Neill discovered Brazilian Jiu Jitsu through a friend and was awarded his black belt in 2007.