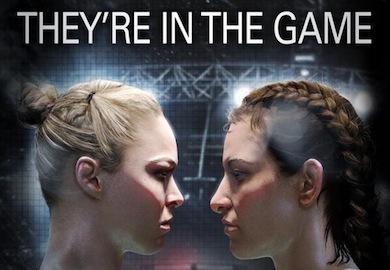 With the UFC’s backing, professional female fighters not only get their time under the bright lights, they are also getting supporting roles in the upcoming EA Sports UFC video game.

Starting next Spring, players will “Feel the Fight” in the Octagon and experience the crippling power of Rousey’s signature armbar, the ferocious intensity of Tate’s grappling, and many other fighting styles from an esteemed roster of female fighters in EA SPORTS UFC.

“This is a great moment for video games and for mixed martial arts,” said Dean Richards, General Manager of EA Sports. “In our commitment to delivering the most realistic fighting experience ever achieved, we wanted to represent the full spectrum of talent and diversity of all the fighters in the sport, including women who have become an undeniable force to be reckoned with.”