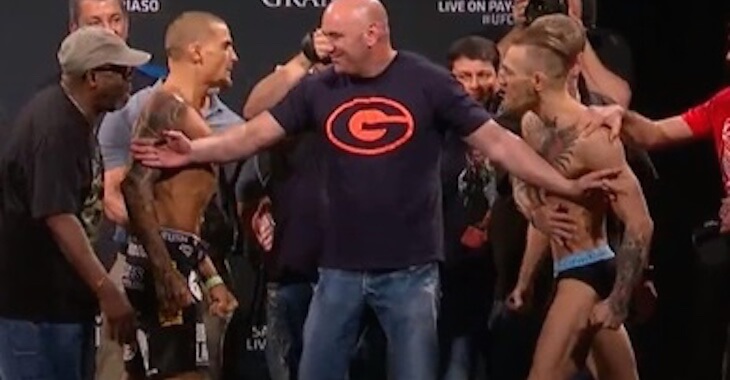 UFC lightweight Dustin Poirier had a chance to stop the Conor McGregor hype train a little while back, but loss via TKO in the first round.

There was a lot of talk from McGregor, as usual, going into that fight but Poirier says the talking didn’t affect him, it was McGregor’s punch.

He also didn’t expect the crowd to be against him so much, but admits that he thinks McGregor is in fact the real deal.

Here’s what he told Sky Sports:

“I was very emotional, just because of everything that had gone on between me and Conor. I’ve had 22 fights and I’ve never been put out like that. Conor is definitely the real deal. It was a well-placed, well thought-out punch that he threw. It hit me and I went down early. I also didn’t expect so much of the crowd to be rooting against me. That was actually shocking. But I wouldn’t say it affected the way I fought.”

Poirier also picked who he thinks will come away with the unified belt come UFC 194, when McGregor meets Jose Aldo in the octagon.

“It’s a really competitive fight and hard to call but I think Conor will win using footwork and striking.”