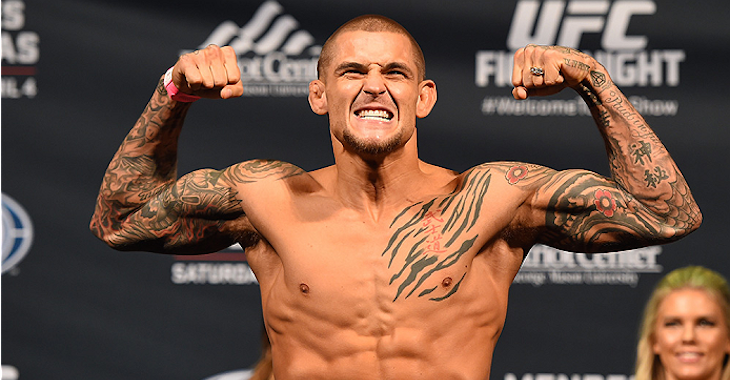 Dustin Poirier feels like he has found his home at lightweight, and is feeling unstoppable. “The Diamond” spoke with Fox Sports recently on how his body is feeling at 155 pounds, and his outlook on the future.

My last fight when I fought in New Orleans after the weight cut when I was down to 156 pounds, before weigh-ins, I was telling my corner men I was like ‘there’s no way I could cut another 10 pounds, it’s impossible’. It’s so crazy I even did it.

I’m more athletic at this weight and this is much closer to my actual weight. My body is just performing very well. I should have been here, this is the optimal weight class for my body to perform at its max. My power, my speed, everything feels better.

Poirier looks to go for three straight wins when he faces Joseph Duffy in the main event at UFC Fight Night 76 on Oct. 24, 2015 in Dublin, Ireland.