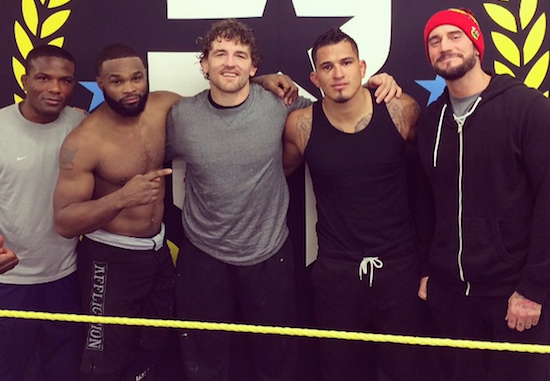 “I know he’s wanted to do this for a while, and I know he loves martial arts. It’s just been a passion of his, and I respect it so much because he’s leaving the friendly confines of his world to come into the MMA world. That’s not easy.”

“I’m not going to be putting him in with my team just yet. I’m going to do what I’ve done with some of my athletes in the past, which is build him from the ground up. His first sparring session will be with me, and I’ve been doing martial arts since I was 4, so I have incredible control. I can score on him but not hurt him. I can teach him, which is the first stage.”

In a recent interview with MMAJunkie.com, Duke Roufus discussed the task he has of preparing CM Punk for his UFC debut.