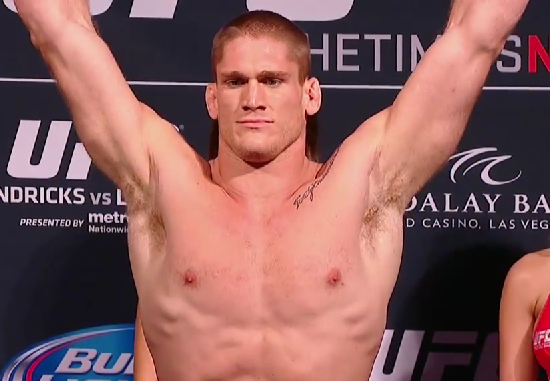 Todd Duffee returned to the UFC this past weekend at UFC 181 after a 2-year long layoff. For Duffee however, the moment he recalls from the fight was not when he KO’d his opponent in just 33 seconds, it was when he saw both men had blood on them.

“The pressure came off about 30 minutes before. I had no nerves; I just felt calm in there.

“I remember he hit me with a right hook. I got in tight on him, and I saw blood trickle down my forehead. And I saw he had blood, and I was so excited to be in a fight. I was just happy to be in a fight.”

“I definitely want to get in that top 10. I’ve had a lot of time taken away from me, and everybody knows that’s been in the gym with me or seen me train or trained with me knows that I belong in the top 10. So it’s just of me getting a good fight and getting busy.”