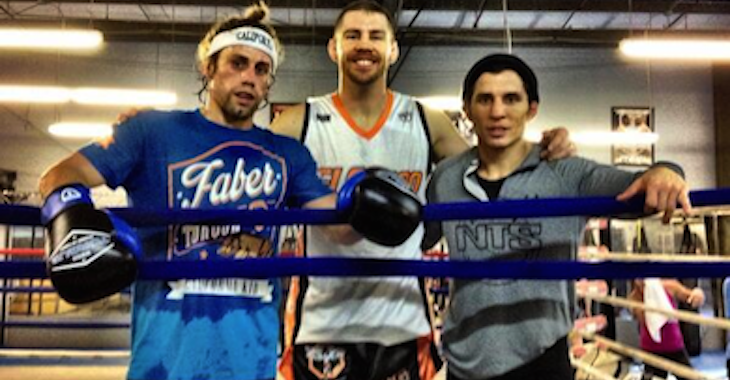 Former Team Alpha Male head coach Duane ‘Bang’ Ludwig has made headlines in the last few months after making comments about the team, saying that TJ Dillashaw was the only one of them who really wanted to be a champion.

Since then there’s been some back and forth between TAM and Ludwig. Obviously the other fighters on TAM didn’t take that comment kindly and Ludwig actually offered an apology, sort of, saying he regretted saying it.

Faber’s been quoted in interviews talking about Ludwig, saying that he was ‘dead broke’ before they brought him in and gave him the opportunity and doesn’t get why he’s bashing the guys on team and being a ‘bully.’

Well Ludwig decided he doesn’t want to keep this going and recently joined Deep Waters Podcast to try and squash the beef, offering up his form of an apology.

“What ultimately matters is that the team operates on its full potential. And, that happens when we work together. So, anything that disrupts that is just bullsh-, and we should just fu–ing forget about it. I don’t care about the money that is owed to me. Whatever bullsh– he’s said in interviews, I don’t care.

“Everything that you think I did wrong, sorry about that…everything that I feel was done wrong, fu– it. I don’t care anymore. Let’s just squash all that bullsh– and make sure whoever chooses to train with me, has the opportunity because whoever trains with me, they do better, 100 percent, than if they didn’t train with me. And, that’s a fu—ng fact.”