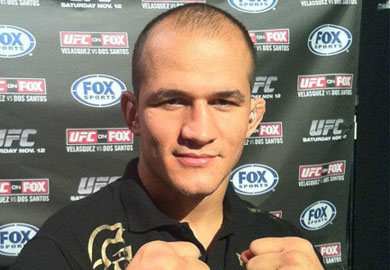 With fight night only four days away, the official betting lines for UFC 146 have been released. Odds for the event have been out for a good while now, but all the injuries and changes to the event caused a lot of bet cancelations and forced the bookies to work overtime.

The odds for the main card fights are as predicted, with mainstream fighters like Cain Velasquez and Roy Nelson being heavily favored over their opponents. What caught a lot of people by surprise, however, is how much of an underdog Frank Mir is to Junior Dos Santos.

In this fight, Junior Dos Santos is favored with his money-line at -550. What this means is that for every $5.50 you bet on him to win the fight, you’ll win $1. In order for you to win $100, you’ll have to make a steep bet of $550. However, if you make that bet and Dos Santos loses then you will lose the full $550. Betting on heavy favorites is risky.

In the other corner, Frank Mir is slated to be the underdog at +375 which means for every $1 you bet, you’ll win $3.75. The payoff for a $100 bet will be $375. It’s almost like the opposite of betting on the favorite as you have a better chance to win more money. The only thing that is constant between the two is if you lose, you’ll lose the full amount of money that you put down on the fight.

Check out the odds for the main card below:

UFC 146 is an all-heavyweight main card that is set to take place at the MGM Grand Garden Arena in Las Vegas, Nevada this Saturday.