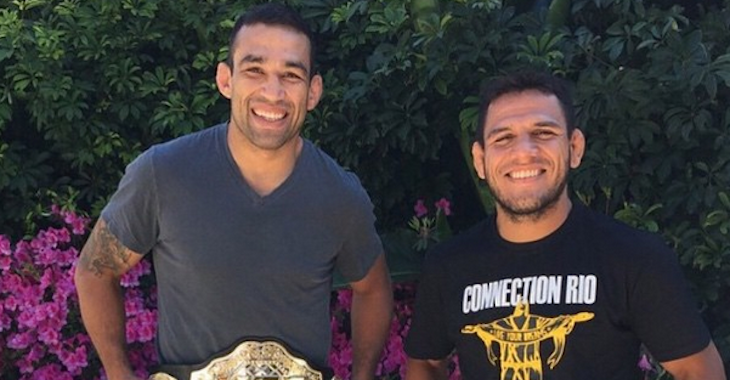 Fabricio Werdum, in similar shocking fashion, dethroned UFC Heavyweight Champion Cain Velasquez at UFC 188 in Mexico City, Mexico on Saturday evening. Velasquez looked to be in bad shape toward the end of the first round, likely due to the altitude, which allowed Werdum to take control of the bout in the second round.

Velasquez shot for a takedown, but ultimately walked straight into guillotine choke which gave Werdum the submission victory in round three! Dos Anjos and Werdum celebrated their victory by posing for a picture while showing off their gold— check out the full picture below!